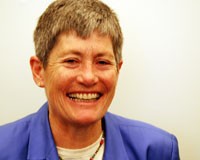 The other online-only news venture featuring former writers from the St. Louis Post-Dispatch has folded. Even the P-D itself is downsizing -- eliminating a Saturday newsstand edition in its entirety.

But almost three years after its founding, the St. Louis Beacon is still going strong. And that may be because, unlike its aforementioned rivals, the Beacon isn't dependent on ad revenue. It's gotten big grants to underwrite its operations, including (in January) $1.25 million from the Danforth Foundation and, this week, $100,000 and $75,000, respectively, from the Missouri Foundation for Health and the Ethics & Excellence in Journalism Foundation.

At this point, in fact, we dare call it a trend: Journalism in this country is increasingly being subsidized by institutional donors. (Even the New York Times is relying on the non-profit start-up Pro Publica to handle its heavy investigative lifting.) So is this a good thing? In this increasingly splintered media landscape, can the Beacon find enough readers to make the investment worthwhile? And what kind of journalistic pressure comes with foundations writing checks?

Daily RFT caught up with the Beacon's Margaret Wolf-Freivogel to talk about those issues, where things stand at the start-up site and more, after the jump.

The Missouri Foundation for Health grant comes to the Beacon "in support of efforts to address misconceptions of about health care reform; [to] increase health-focused content available for other Missouri publications; and [to] expand health care discussion in the Beacon's public forums," according to the website's press release.

But Freivogel says that does not mean the non-profit foundation is dictating coverage: "The foundation in no way calls the shots about what we will report. The specific coverage ideas we mentioned in the press release are ideas we chose." And, she adds, those things are all areas the Beacon would have liked to cover, regardless.

"The ethical standard in digital media is the same as in print or traditional media," she says. "We need to make our journalistic judgment independent of funding considerations."

How that's done, precisely, is a work in progress in the new-media landscape, Freivogel acknowledges.

"I't's something we take care to talk to donors about," she says. "I think it's also a good thing that we have many different donors, spanning the political spectrum, with different interests. That kind of balance is a way of ensuring nobody has undue influence over what we're doing."

Freivogel says the site hopes to use the recent influx of money, particularly the Danforth Foundation grant, to shore up its long-term sustainability.

"We want to broaden our base of donors," she says. "And while we host events already, we do almost nothing with advertising or sponsorships. We want to expand quite a bit in that direction, and we need to invest in new technology and the people to do that."

As Freivogel concedes, the site does not draw the sort of traffic that might make it appealing to many advertisers. While she says she's more than happy with the numbers, Quantcast reports that the site only drew about 127,000 page views last month -- well below the online-only startups it's modeled itself on such as the Voice of San Diego (482,000 page views last month, according to Quantcast) or Minnpost.com (895,000).

"We don't think we'll ever have the most traffic of anybody," she says. "We don't see ourselves competing in terms of massive numbers for advertisers." But, she says, the site's niche market might have strong appeal for someone: "We might not have a large number of readers, but hopefully the people we do have will be really engaged."

The Beacon currently has 21 staffers, not including freelance, Freivogel says, all of them paid. (In fact, Freivogel, who initially worked for free, tells us she's started taking a salary, too.)

"Arianna Huffington is making $315 million [with her site's sale to AOL], and the bloggers who work there are making zero," Freivogel says. "That's a problem. People have found through experience that it's easy enough to find someone who will occasionally write, or to write an opinion piece, but for the meat-and-potato reporting that's important to a community? People thought that could be done by volunteers. Now they're realizing that doesn't work very well ... You're going to end up with spotty coverage if that's your model.

"I do think it's important to pay journalists a decent living wage."