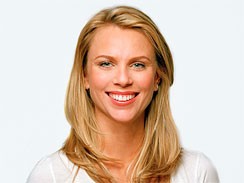 Jim Hoft, the St. Louis blogger otherwise known as Gateway Pundit, is under attack (again) for a post yesterday suggesting that CBS correspondent Lara Logan shares the blame for the savage beating and sexual assault she received last week.

As you've likely heard by now, Logan was in Egypt's Tahrir Square on Friday covering President Hosni Mubarak's resignation when she was separated from her camera crew and attacked by dozens of men.

Why did this attractive blonde female reporter wander into Tahrir Square last Friday? Why would she think this was a good idea? Did she not see the violence in the square the last three weeks? Did she not see the rock throwing? Did she miss the camels? Did her colleagues tell her about the Western journalists who were viciously assaulted on the Square? Did she forget about the taunts from the Egyptian thugs the day before? What was she thinking? Was it her political correctness that about got her killed? Did she think things would be different for her?

As you might expect, liberal media outlets are having a field day with this.

"One thing you learn when covering Gateway Pundit Jim Hoft is to never declare anything he does 'rock bottom,' because he always manages to find a new low," writes Media Matters.

Here at Daily RFT we have a quick answer to all of Hoft's questions posed above. At the risk of the pot calling the kettle black, the reason Logan "wandered" into Tahrir Square is because she's a journalist. She goes where the news is. She is not -- like Hoft -- a blogger who spends his day in front of the computer compiling, commenting and cutting-and-pasting the news of the day.