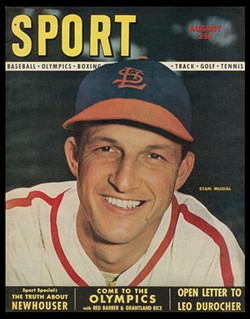 Musial was named a recipient last November of America's highest civilian honor, recognizing "individuals who have made especially meritorious contributions to the security or national interests of the United States, to world peace, or to cultural or other significant public or private endeavors."