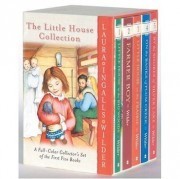 Plenty of interesting people died in the great state of Missouri. And now, thanks to the work of 275 volunteers -- no word on what percentage of them identify as goths -- and the Missouri State Archives, you can cruise their death certificates online, 50 years after they shuffle off this mortal coil.

The site, Missouri Digital Heritage, hosts more than  2.26 million Missouri death certificates, from 1910 to the just-released batch from 1960. State statutes dictate that death certificates are sealed to anyone but relatives for 50 years.

"They have a wealth of information on them," says Abe Rakov, a spokesman for the Secretary of State's office. "You can find parents' names, where people grew up, the cause of death."

And, because the information on the handwritten certificates is also digitally indexed, you can play around with the data, searching by full or partial last or first name, dates and counties. Rakov says people have used this to pick up on trends or causes of lots of deaths, like a plane crash or other disaster.

Most of the interest in the certificates, Rakov says, comes from history buffs and genealogists. That extends to the volunteers -- 275 this year, from Missouri and around the world.

Last year, it took the staff and volunteers 48 days to get the digital images of the certificates online and the information on them indexed. This year, the info was ready to go after only 3 days. Rakov says that's because this year volunteers worked from home.

The actual certificates themselves were scanned from Secretary of State Robin Carnahan's offices in Jefferson City, but entering the handwritten information from the certificates into the database was done by a small army of volunteers working remotely.

Information from the certificates has been online and searchable since April 2006 and has included digital images of the certificates since March 2008. Today, the state released all 49,000 of 1960's statewide deaths.

Among the most interesting in this batch: Walthall Moore Sr., the state's first black member of the Missouri General Assembly. Of particular interest to former nerdly bookish teenage girls is the 1957 death certificate for Laura Ingalls Wilder, author of the Little House series of books. (A cerebral hemorrhage caused by high blood pressure ultimately took her out.)