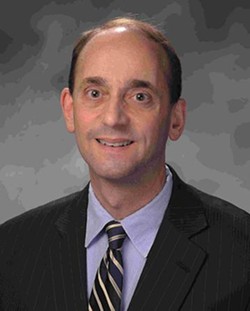 Missouri's new state auditor, Tom Schweich, said yesterday that he would not provide a financial impact statement to nine different ballot measures calling for the elimination of the state's income tax.

The effort to replace Missouri's income tax with a heightened sales tax has been estimated by other agencies to leave the state dramatically short of revenue because it caps the state sales tax at seven percent. That's far lower than what would likely be required to replace losses from taxing income.

For example, the state's Office of Budget and Planning in the Office of Administration places the shortfall at nearly $1 billion. Meanwhile, another analysis found similar gaping shortfalls with the initiatives championed by financier Rex Sinquefield and suggested that the heightened sales tax would have the biggest impact on poor and working-class Missourians.

Talk about punting on the issue! Schweich won't even provide a guesstimate. Then again, is anyone really surprised?

It's worth noting that Schweich was Sinquefield's choice for auditor. The financier personally donated $5,000 to Schweich's campaign last year and zero dollars to incumbent Susan Montee.