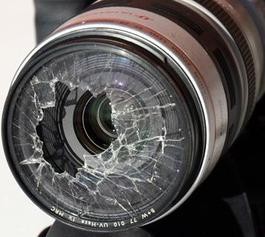 American Traffic Solutions (ATS) abruptly severed its contract with Jefferson County this week stating that it could could no longer work with a new Jefferson County council that's become hostile to its red-light cameras.

"You could say that I was surprised by the news," Stoll tells Daily RFT. "Things weren't looking good for the contract, but the council had yet to take any formal action."

In January, Jefferson County transitioned from a commission form of government with a three-member board to a chartered county with a seven-member group representing geographic districts. Those new council members (six Republicans and one Democrat) all oppose the contract with ATS forged in the months before they took office. The five-year contract was to establish red-light cameras at three intersections in unincorporated areas in the county. None of those cameras had yet to be installed nor had the county spent any funds on the project, which was to have been paid for entirely by ATS.

On January 24, the new Jefferson County council sent a letter (viewable here) to state Senator Ryan McKenna encouraging him to support legislation to ban the cameras statewide. The letter cited MoDOT statistics from an intersection in the Jefferson County city of Arnold where accidents had increased 370 percent since the addition of red-light cameras.

The council was to have a hearing Monday on its effort to void the contract with ATS. That hearing is now rendered moot following ATS' decision to sever the contract on its own.

"Notwithstanding the Council's disregard for its contractual obligations, Missouri law and road safety, the County Council's actions are an unproductive basis from which to form an effective public-private safety partnership," wrote ATS representative Jason Norton in his letter to Stoll. "It is sadly ironic that Jefferson County, with its history of traffic deaths, severe injuries and crashes including Highway21's "Blood Alley," would ignore the proven success of red light safety cameras as part of its total traffic safety enforcement effort."