It's Official (and Even True!): St. Louis is One of America's Most Romantic Cities 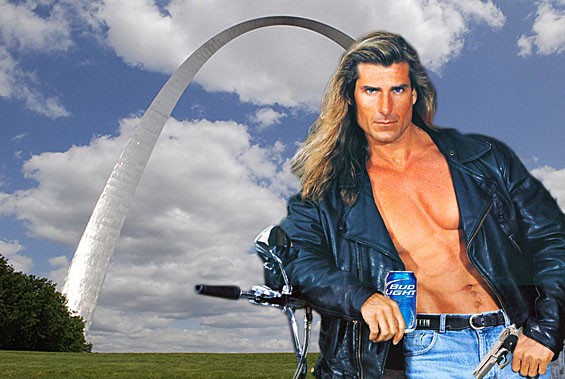 Last month's craptastic weather may have been good for at least one thing: It helped catapult our fair city onto Amazon.com's list of the Most Romantic Cities in America. St. Louis is now officially the 18th most romantic city in the nation. (Just think what might have been if the snowpocalypse had really happened!)

But what constitutes romance, exactly? Are St. Louisans writing more sonnets or making an effort to be more like Mr. Darcy? Or do we just have a greater tendency these days to get drunk and screw? In any case, it's difficult to quantify these things (aside from our spectacular showing every year on the lists of cities with the highest rates of STDs). Instead, Amazon determines romantic-ness by what people buy...from Amazon.

But what makes St. Louis so romantic? Or prone to consuming romance?

"Romance is one of those things out there...it's good to have something nice," says Amanda Berry, president of MoRWA, the St. Louis chapter of Romance Writers of America. "It's nice to read something that's not all death and gloom and that it's going to end well and the guy's going to get the girl. But why St. Louis needs that, I don't know."

A few MoRWA members have set books here (Eileen Dreyer's With a Vengeance, Charlotte Hubbard's Missouri Magic) and another writer, Megan Kelly, is considering writing a book with a baseball player as the hero, but Berry's own most recent effort is called LA Cinderella.

"I've thought about using St. Louis as a setting," she protests. "There are so many things to do in St. Louis -- cute, date-like things: Forest Park, the City Museum at night. Everything has potential for romance. It's like beauty -- it's how you look at it. I found romance in St. Louis, so it worked for me."

For what it's worth, Alexandria, Virginia, leads our country in romance as it did last year, and Miami still reigns for sexiness (or at least Miamians buy the most sex toys). But Miami Gardens is one of the least romantic cities, along with Paterson, New Jersey, and El Monte, California. Columbia, which came in at number 17 last year, didn't make this year's list.