Find Out If He's a Stalker in Just Seconds 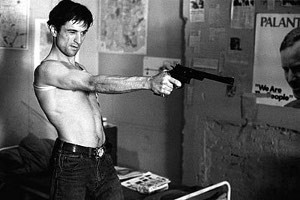 Yesterday was a bad day for the Missouri psycho-stalker community.

Now, for the first time, Missourians can administer criminal background checks on anyone in the state in just a matter of seconds, courtesy of a new State Highway Patrol website.

Previously, such background checks were limited to snail-mail requests, which took up to four weeks (i.e., at least five dates and probably a few rounds in the sack, which can always make an ensuing break-up awkward, even if the guy is an ex-con). Evidently, the Highway Patrol has recently discovered the magic of the Internets.

The cost of the service is $11 dollars a pop. But just think -- if you carry a smartphone, you can check up on a guy who's been hitting on you at a bar while he's in the bathroom, before deciding whether to get into a cab with him.

We'll give them credit for effort, though. Last October, the Patrol launched an e-mail alert system that allows Missourians to sign up for and automatically receive notifications regarding registered sexual offenders living or working in their area. You can never be too careful these days. (See Link, Martin; execution.)