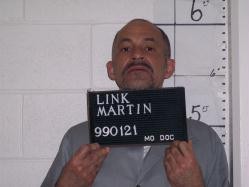 Missouri is expected to execute its first prisoner in nearly two years just after midnight tonight at its correctional center in Bonne Terre.

Martin Link, 47, was convicted of the kidnap, rape and murder of 11-year-old Elissa Self after the girl disappeared from south St. Louis in January of 1991. Her body was discovered days later on the banks of the St. Francis River some 135 miles south of St. Louis. Link was arrested later that month when police in St. Louis County tried to pull him over for a missing headlight. Link drove off and crashed.

Police found a jar of petroleum jelly in his car with specks of blood determined to be those of Self. Link's DNA was also found on the victim's body.

Yesterday, Governor Jay Nixon denied clemency to Link. His attorney, meanwhile, has appeals to two different courts arguing over the lethal injection procedure that will be used for the execution.

An argument to the federal court faults the state for not conducting a test-run of the procedure with sodium thiopental -- the drug that knocks prisoners unconscious before fatal drugs are injected -- because the state is in short supply of the chemical which is no longer manufactured in the U.S. The second appeal to the Missouri Supreme Court questions argues that a doctor should administer any such drugs and not prison staff.

Link, himself, has not done much to fight his execution, and in 2008 survived cutting his wrists in a suicide attempt.