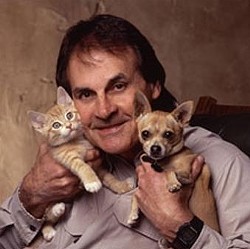 The editors of Deadspin have compiled a list that's sure to rankle some members of Cardinals Nation -- and probably earn a few nods of agreement from others.

The sports website today names Tony La Russa as one of its "Top 10 Bad Guys in Sports." But Deadspin doesn't just fault the Cardinals manager for his mercurial coaching style and post-game brooding.

It also blames George Will. Specifically, the way the way the columnist fawns all over La Russa.


There are few things in baseball worse than the cult of the manager, and there no manager cults more head-slappingly pretentious than the one that has sprung up around Tony La Russa. I have a theory that La Russa is so exalted by the George Wills of the world because he is more or less one of them -- an observer who has little to no impact on what's transpiring in front of him, who spends his nine innings investing tiny fluke moments with galactic significance and stamping them with the mark of his own genius.


La Russa is a guy playing Chutes and Ladders who thinks it's actually chess. He is a manager, nothing more, and he has been blessed with a lot of great players over the years, and he has been smart enough and sober enough not to fuck them up too horribly. That's it. That's his genius.

Somewhere out there this morning, Kevin Slaten is smiling.