Same-Sex Unions Now Law of the Land of Lincoln 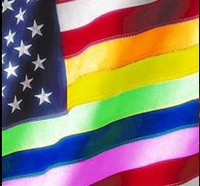 As expected, Illinois governor Pat Quinn yesterday signed off on a bill legalizing civil unions in that state.Two month ago, the measure passed in both houses.

The law takes effect June 1 and says that any two unrelated adults of the same or opposite sex can enter into -- and, should they want to, dissolve -- a civil union. Civil unions, the law says, give the parties the "same legal obligations, responsibilities, protections and benefits afforded or recognized by the state of Illinois to spouses."

Illinois is now the sixth state to recognize civil unions. Within states across the country, municipalities like Pittsburgh and Eureka Springs, Ark., have been creating their own mechanisms for recognizing unmarried couples for years. And in neighboring Iowa, same-sex couples are entitled to wed.