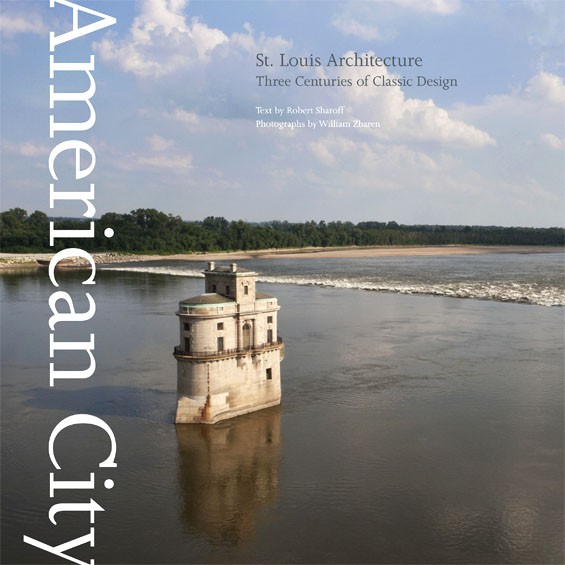 Robert Sharoff and William Zbaren came here in 2006 on a discreet assignment: to report for the New York Times on yet another plan for the St. Louis Centre, the late, not-quite-so-great shopping center downtown.

And talking to the pair -- who paid a visit to Daily RFT's headquarters last Friday -- it's pretty clear that they don't just love St. Louis' buildings. In a display of Annie Hall-worthy excess, they lurve them; they loave them; they literally luff them. Hearing them talk as they page through the book and detail what they found in the months they lived here, it's hard not to share their excitement.

"St. Louis is one of the most classical cities in America," Sharoff says.

"Absolutely," Zbaren agrees. "They say Washington, D.C., is, but really, it's here."

But their book isn't mired in only the classical; their roster of the city's top 50 buildings (which, for the record, intentionally omits houses and churches) also includes some strikingly modern structures. "It's a movement that people don't associate with St. Louis at all," Sharoff acknowledges. "It's a very different type of modernism than the steel and glass boxes you see in other cities. St. Louis' modernism is not Chicago's modernism. It's another story entirely."

The book's author, Sharoff, is a journalist who specializes in architecture and real estate. He grew up outside Detroit; photographer Zbaren was actually raised in St. Louis. (As a young man, had a job designing display windows at the old Famous-Barr downtown.) But he left town in the '70s, and though his parents still live here, it wasn't until the Times assignment that he began to see the possibility of exploring St. Louis for a book.

The men were encouraged by developer John Steffen, who they met while reporting the St. Louis Centre story -- and ultimately, the project attracted three sponsors: Clayco and Centene Corporation, which are both based here, and U.S. Equities in Chicago. 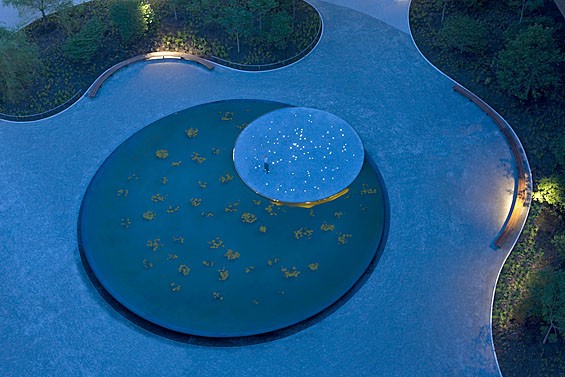 The hardest challenge, they say, was narrowing their list of buildings. "It was hard, because we could only do 50," Zbaren says. "You want to show so much. You want to say, 'This is why you should come to St. Louis. This is why St. Louisans should love their city."

Sharoff and Zbaren are full of praise for the Eads Bridge ("it's like the Eiffel Tower of the Midwest," Zbaren says), the Wainwright Building ("the first modern skyscraper," says Sharoff), and even the intake tower #2 at Chain of Rocks Bridge ("the coolest place in the world," per Zbaren, and the edifice they chose for the book's cover). They suspect out-of-town readers will be stunned by all St. Louis has to offer.

"This is as good as it gets," Zbaren says. "This is world-class stuff here."

Adds Sharoff, "There are so many of these buildings where you find yourself thinking, 'What's it doing in the 52nd largest city in the country?' It's amazing."

While the book is for sale at Left Bank Books, it doesn't hit amazon.com until March. But Zbaren and Sharoff have taken the time to share some of their work with friends in Chicago, or as they call them, their fellow "architecture snots." The response suggests they're on to something.

"We've been getting emails from them already, saying, 'I'd love to go visit,'" Sharoff says. And, really, if these two can get those snots in Chicago to start luffing us, just think how much success they'll have with the rest of the country.