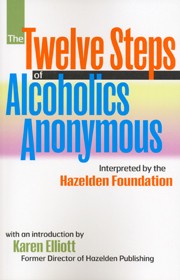 Here at Riverfront Times we are amazed that none of the twelve steps (described below) have anything to do with limiting alcohol consumption.

As we discovered while reporting on the lake's infamous Party Cove a few years back, much of the muck polluting the waters can be blamed directly on the drunken revelry of weekend warriors. That includes the gallons and gallons of human urine deposited into the lake each summer, not to mention all the beer cans, Mardi Gras beads, sex toys and, yes, prophylactics. Ahh, happy swimming.

Based on information presented an August symposium, public comments, and a review of previous related studies, Koster issued the following 12 recommendations:

1. Because the greatest threat to long-term water quality at the Lake of the Ozarks comes from thousands of aging and poorly maintained on-site sewage disposal systems, the commissions of Camden, Miller, Morgan, and Benton counties should move forward with the formation of a regional sewer district.

2. The University of Missouri-Extension should conduct a study to determine how many on-site sewage disposal systems are currently located around the perimeter of the Lake of the Ozarks, and of those systems, the number that were constructed prior to the enactment of minimum construction standards in 1995. The University should publish a report of its findings, so the information is widely available for planning purposes.

3. During the 2011 and 2012 recreational water seasons, the Missouri Department of Natural Resources should conduct microbial source tracking at the Lake of the Ozarks based on a targeted sampling plan developed by the United States Geological Survey and the University of Missouri-Columbia.

4. Pursuant to its FERC licensing agreement, AmerenUE currently funds the water quality monitoring regime at the Lake of the Ozarks. AmerenUE's commitment expires in March 2012. As the Lake's leading private steward, the Attorney General requests AmerenUE commit to funding water quality monitoring at the Lake of the Ozarks for an additional five years.

7. The commissions of Camden, Benton, Miller, and Morgan counties should work together to address non-point sources of nutrient loading in the Lake of the Ozarks. Specifically, they should collectively encourage or require through ordinances, education, and/or financial incentives low-impact development landscaping around the perimeter of the water's edge. The commissions should also consider ordinances, education, and/or financial incentives to encourage or require homeowners and businesses around the Lake's perimeter, particularly golf courses, to use low-phosphorus or phosphorus-free fertilizer. Such an incentive program could include a special designation or recognition, such as "Lake Protector," for any person or entity utilizing low-impact landscaping or low-phosphorus fertilizer.

8. The Missouri General Assembly should enact legislation requiring owners of on-site sewage disposal systems to pass an inspection at the time of sale for all real estate transactions located within 2,500 feet of the Lake of the Ozarks. While this undertaking would require a significant legislative effort, from environmental, public health, and economic perspectives, requiring mandatory inspections at the time sale is the best way to protect this recreational water body.

10. The "On-Site Disposal System Law" in chapter 701 of the Revised Statutes of Missouri should be amended to better accomplish the goal of protecting water quality and public health in the state of Missouri. To this end, the Missouri General Assembly should amend chapter 701 to enhance the Missouri Department of Health and Senior Services' inspection authority and enhance civil and criminal enforcement authority for county prosecutors.

11. The Missouri General Assembly should consider implementing a tax credit/deduction for individuals who own grandfathered on-site sewage disposal systems and wish to construct properly engineered, sited, and permitted systems within 2,500 feet of the water's edge at the Lake of the Ozarks. The tax credit/deduction should be prioritized according to individuals who are (1) financially disadvantaged, (2) operating a grandfathered on-site sewage disposal system, and (3) unable to hook up to a centralized sewer system.

12. The Missouri General Assembly should increase criminal penalties for violations of the Missouri Clean Water Law, chapter 644, Revised Statutes of Missouri, if the violation creates a substantial likelihood of endangering human health, the environment, or property.

"Many of these recommendations may be implemented immediately, while others require more public input and planning before they will be ready for implementation," Koster said. "All of the recommendations are intended to provide a clear and workable framework for specific action that will ensure the long-term protection of water quality at the Lake of the Ozarks."