Jay Cutler: The Most Hated Man in Chicago; Vindication for Josh McDaniels? 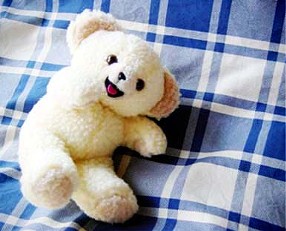 We all know the story on the Rams' new offensive coordinator, Josh McDaniels. Young prodigy offensive coordinator for the Patriots, runs offense during Greatest Offensive Season Ever, snatched up by Denver Broncos, given far, far too much control over personnel decisions, blows up entire team by feuding with and then trading away quarterback/top wide receiver/running back/dude who fills the ice tub. That old chestnut.

It was ugly. There's no denying that whatsoever. J-Mac (to go along with K-Mac, get it?), was a disaster as a head coach. Like so many coaches too young for the job, he combined real arrogance and a massive inferiority complex into a nightmarish package of franchise dynamite.

When the Rams hired McDaniel to take over for the departing Pat Shurmur, the reaction in Denver was less than excited over their former head coach's new opportunity. After all, this was the man who had dismantled what should have been an exciting young team stuffed with talent and led it straight into the basement in the AFC West. You couldn't blame them for being a little bitter toward the guy.

I do wonder, though, if any of those Denver fans feel any differently today after watching Jay Cutler's performance yesterday in the NFC Championship game. Cutler didn't play particularly well, but that's really not the story. The story is what he did when he wasn't on the field; more specifically, the time he spent not on the field at all.

Sometime late in the first half Cutler apparently suffered an injury to his knee. He came back out to begin the second half, but quickly exited after missing a completion in a three-and-out series for the Bears.

Cutler didn't return, standing on the sideline the rest of the game as his team attempted to come back against a Packers squad that ultimately held on to the lead they built in the first half. He wasn't receiving treatment, wasn't riding the bike, and worst of all, wasn't talking to his backups offering counsel. It was not, to put it lightly, what you wanted to see from your franchise quarterback.

The response was immediate and brutal. Twitter erupted with criticism from players both past and present. Derrick Brooks, future Hall of Fame linebacker, was especially scathing after the Bears' third-string quarterback took over, saying, "There is no medicine for a guy with no guts and heart."

After the game Cutler's teammates and coach defended him, as teammates do, but there has been enough smoke around Cutler for long enough now to wonder if there isn't fire to go along with it. His reputation is one of aloofness, arrogance, and a severe lack of leadership. You can add Soft to that list now.

Soft may be the single worst thing you can say about a football player, to be honest. I remember when Shaun Alexander's name (and this was back when he was good), and the dreaded S word were mentioned in the same sentence, and the angst which followed. A player labeled as Soft is almost universally looked down upon. Cutler already has enough of a bad reputation following him around; an incident like this one could follow him the rest of his career.

So I wonder if the Denver fans feel any more charitably toward Josh McDaniels now. After all, a huge part of the reason he was so hated was his driving Cutler out. Watching Cutler have success under Mike Martz in Chicago certainly didn't help matters any. Now, though, we have Cutler standing on the sidelines with no crutches, no wrap, no nothing, as his team watches their season go up in smoke. Maybe McDaniels wasn't barking up the wrong tree after all when he decided Jay Cutler was just more trouble than he's worth.

Or maybe not. McDaniels crashed and burned in Denver, Cutler is now on the verge of pariahdom in Chicago. Maybe the injury to Cutler's knee is more serious than everyone realises at the moment and a lot of people are going to owe Jay Cutler an apology. And let's face it, as excited as I am about Josh McDaniels being the Rams' new offensive coordinator, I don't particularly want to hang out with the guy. He and Cutler both seem like guys you wouldn't much like if you had to be around them very much. They're probably both at least moderate assholes. But I do wonder what Broncos fans think of their former quarterback now.