Newsflash: If You Play With Your Kid, It Won't Be Depressed! 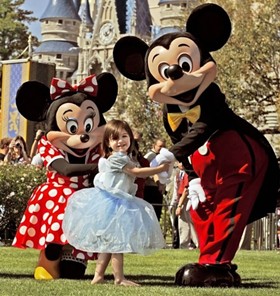 A team of child psychiatrists at Washington University has made an amazing discovery: The best way for parents to relieve depression in their toddlers is to play with them!

This would seem to be a pretty obvious conclusion (and, by the way, it also works with a lot of pets), but the Wash. U. researchers have done a study that's about to be published in the peer-reviewed journal Depression and Anxiety, so it's now official and scientifically-proven.

According to lead investigator Dr. Joan L. Luby, children as young as three years old can suffer from clinical depression. "Most infant-preschool mental health providers want to avoid drug treatment, and there is evidence that psychosocial interventions can be uniquely effective in young children," she explained in a press release. "Our findings certainly suggest that may be true for depression."

In other words, kids don't need Prozac. They need to play! And what else are parents than built-in playmates?

The Wash. U. scientists set up a trial in which parents and their depressed toddlers played together while psychiatrists watched them through a one-way mirror. The parents wore earpieces and microphones so the psychiatrists could coach them through the difficult business of playing with their kids.

Parents were expected to get down on the floor at child-level, play the games the kids wanted to play and be enthusiastic about it. Praise helped, too. If the kids got bratty, parents could give them "time outs." In addition, the parents got special lessons from the psychiatrists about how to deal with the kids' emotions.

"We work to help parents tolerate a child's emotion, as opposed to just trying to quash it or to change the subject and distract the child, which is a very typical parental technique," said Luby.

After fourteen play sessions (spread out over eighteen weeks), most of the kids in the study no longer met the criteria for clinical depression. Amazing!

It's yet to be determined if this level of compassion and understanding can be sustained after the kids hit puberty.