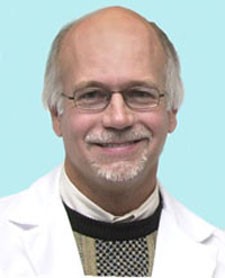 Researchers at Washington University have identified a gene sequence that indicates a person is at risk for heart failure even before there are any outward signs, like high blood pressure. Surprisingly, this gene isn't connected to the heart. It's related to the kidney.

"The kidney doesn't just evacuate salt and water," explains Dr. Gerald W. Dorn II, who, along with Dr. Thomas P. Cappola, a researcher at the University of Pennsylvania, was a lead investigator of the team that made the discovery. "It also makes hormones involved in maintaining blood volume."

Initially, Dorn and Cappola didn't think to look for heart disease on the kidney gene. But in a study they did a year ago where they checked an entire strand of human DNA for genetic markers for heart disease, they found the markers were particularly dense not only in the cardiovascular system, but in the kidney. So they began sequencing the kidney gene, looking for problems.

They discovered a single polymorphism, the genetic equivalent of a typographical error, in a gene called CLCNKA. "The CLCNKA polymorphism decreases the kidney's functionality by about half," says Dorn. "Our hypothesis is that the gene remains silent with no effect on the body until there's an injury to the heart. When the heart is weak, the blood flow to the kidney decreases and the kidney secretes the hormones angiotensin and aldosterone which lead to a high risk of heart failure."

"It's very common," Dorn says, "and it's easy to test for the presence of the gene with a blood test."

The next step in Dorn and Cappola's research is to conduct a five-year study to see if using already-existing blood pressure medication -- such as a class of drugs known as ACE inhibitors, which control angiotensin -- can work as preventative therapy so people with the gene don't develop heart disease. They plan to recruit 7,500 participants, primarily from St. Louis and Philadelphia.

(In St. Louis, Dorn plans to work closely with Barnes Jewish Hospital's hypertension clinic to find people interested in joining the study. HealthStreet, Wash U. Medical School's community health program, will also be searching for subjects. If you're interested in being part of Dorn's study, contact HealthStreet directly.)

"Nobody's doing primary preventative care for heart failure except for monitoring blood pressure," says Dorn. "We'll have a solid answer five years from now. In my business, that's quick. It's good we don't have to design drugs. If we did that, it could take 20 years."