Reggie Allen Has Been Charged With Battery Since City Nights Incident. But Here's Why. 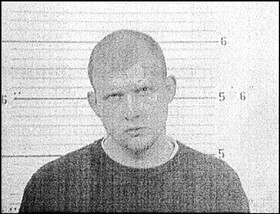 If you've read our current feature "Left for Dead," you know that official reports implicate Reggie Allen of Dupo -- a convicted felon with a long history of interaction with law enforcement -- in the killing of Anthony Rice outside an East Side bikini bar in October 2009.

He still hasn't been charged for it. In fact, he hasn't even kept his nose clean since the City Nights incident: Police records show he was charged with aggravated battery on September 15, 2010.

However, that recent episode reveals his good character, according to an Allen family friend who has known Reggie for some twenty years.

The police narrative goes like this: A paramedic was treating a friend of Allen's in the driveway of a Cahokia residence. Allen and another man, Johnny Henson, were watching. Allen suddenly punched Henson in the face and took off.

Why would he do such a thing? Allen himself isn't talking to RFT. But the family friend insists that the only reason Allen raced to the scene in the first place was that a third party -- a  "close personal friend" of Reggie's -- was overdosing on heroin.

When Allen arrived, he was horrified to learn that Henson hadn't even called an ambulance, fearing that authorities would find drugs on the premises. Allen himself called 911.

Soon thereafter, watching the medics treat his pal, Allen got furious at Henson's carelessness and clocked him.

"Reggie saved someone's life," the family friend says. "He is a caring, compassionate person. He'll do anything for you if you're his friend."

Daily RFT went to Henson's residence to interview him. A man who answered the door said Henson no longer lived there, and he didn't know who Reggie Allen was.