What the Rams Can Learn From the Jets Defeat of Patriots 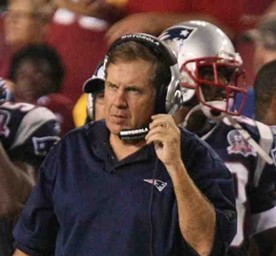 It wasn't supposed to end like this for the New England Patriots. It wasn't supposed to be this way at all. They were the unbeatable playoff monster, the team that put up 30 points a game against any and all comers throughout the second half of the season. No one was going to stop this juggernaut. I actually heard some analyst on the radio going into the weekend stating the Patriots of 2010 were more dangerous than the 2007 team that nearly went undefeated until they ran into Steve Spagnuolo's defense in the Super Bowl.
This team had the greatest quarterback in the history of the universe, the smartest coach in the world, and there was absolutely nothing Rex Ryan and his blustering band of foot soldiers could do to stop the inevitable ass-kicking the Jets were about to receive.
There is one thing the Jets had that the Patriots didn't, though. The Jets had better players.
The narrative went something like this: Bill Belichick, genius of geniuses, had, along with his staff, put together one of the all-time great offensive systems. And, more impressively, they had put together said system with a bunch of small-but-tough, elusive-but-not-really-fast, team-first white guys. It was the ultimate triumph of design over personnel; a team composed almost entirely of the football equivalent of Skip Schumaker and somehow they averaged five TDs a game.
On Sunday, though, we all saw what happened to that brilliant system. The Jets came to town with much bigger, stronger, more athletic players, and they beat the Patriots with that physicality. Don't get me wrong; I'm not trying to say Rex Ryan is a lumbering idiot who just has a stable of physical freaks and the extent of his gameplan is offering candy and pointing at the other team. Ryan is a very smart coach who came up with an outstanding scheme to stop the Patriots. But this matchup was billed as brains vs. brawn, the brilliance of Belichick against the noisy muscle of Ryan's Jets.
Here's the problem with all that, though, and the real point of my column: The Jets didn't win because their gameplan was smarter than New England's. They won because the Jet players executed their gameplan better and the Patriots had no answer for their superior talent.
So why am I, a sports columnist in a little midwestern city that doesn't much care about fancy east-coast sporting events, writing about this? Because I think the lesson here is a good one for both Rams fans and Rams management to learn.
Talent wins games. All the planning in the world can't make up for a clear difference in the overall quality of player you're fielding.
With so much of the discussion here in St. Louis recently focused on who the Rams' next offensive coordinator is going to be (not to mention the wailing and gnashing of teeth that has accompanied the Rams' offensive shortcomings in 2010), I think it's important to put this bit of perspective out into the public sphere. Josh McDaniels, thought to be the leading candidate for the Rams' OC job, is, coincidentally, the man responsible for that record-setting Patriot offense of 2007. And perhaps not so coincidentally, the scheme for the '07 Pats offense was a whole lot like the current one. There was one very different element, though: When the 2007 Patriots needed a play, they could always just tell Randy Moss to go get open somehow and throw it to him. The 2010 Patriots had no such game-changer, and it showed. Wes Welker is one of my favorite players in the NFL, and one of the more uniquely talented players going right now. He is not, however, Randy Moss. 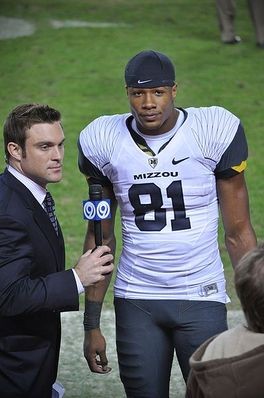 ​We all complained about the Rams' offense this year. Sure, they scored better than a touchdown per game more than in 2009, but all too often it seemed they were stuck in neutral, with dink-and-dunk passes the order of the day. It was frustrating, to say the least. But look at the Patriots. Their offense this season was largely predicated on three-yard passes and elusive receivers who could milk another 3-4 yards after the catch. And that's an offense with Tom Brady in his absolute peak running the show. As promising as Sam Bradford is, he was a rookie. All year.
So that's the lesson I hope both fans and management of the St. Louis Rams take away from watching the Patriots get shut down. To the Fans: You want to know why the Rams' offense was so conservative and predictable in 2010? Because there was a rookie quarterback taking snaps and a coaching staff that didn't want him to get David Carr'd. Oh, and because the team's most talented wide receiver, Danario Alexander, missed most of his rookie season (this season), recovering from knee surgery. Danny Amendola gets a lot of Wes Welker-lite comparisons; perhaps it's only fitting the Ram offense was kind of Patriot-lite. (You want to argue Steven Jackson was underused in Seattle? Fine. No beef there. That was a bad deal, a breakdown moment, and a serious black mark against Spags and Co. The rest of the time, though? There was a reason, even if fans don't want to hear it.)
And to the management: Just remember, the best scheme in the world only works if you have the talent to execute it. The difference in the 2007 and 2010 Patriots was one of the greatest receivers ever making a play when they needed a play made, not an extra-brilliant wrinkle McDaniels took with him when he headed to Denver. The reason the Giants were finally able to stop that team wasn't because Steve Spagnuolo came up with the perfect defensive scheme. It was because Spags came up with a really good gameplan and had Michael Strahan and Osi Umenyiora to put that plan into action. As Monte Kiffin has been known to say of his famous Tampa 2 defense: "We sure looked smarter when we had better players."
So while you're doing your due diligence in trying to find the best possible fit for the new offensive coordinator position, Mr. Devaney, don't forget: If the cast of characters is no better than it was this year (though it should be, even just assuming more experience and slightly better luck health-wise), then it isn't going to matter much how smart the guy is, whether it is ultimately Josh McDaniels or Brad Childress or anyone else. Get the players, and the scheme will work. If not, the best game plan in the world will only get you so far.
Just ask the Patriots.