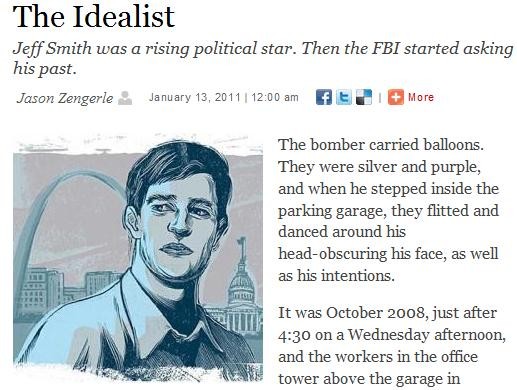 The liberal-leaning magazine The New Republic is out with a loooong article this month on the the political collapse of former state senator Jeff Smith.

I haven't had a chance to read the entire story yet, but clicking on the hyperlinks in the article it's clear that the author relied heavily on Riverfront Times' coverage of Smith (and the man who accidentally took down his career, Milton "Skip" Ohlsen) in crafting his piece.

We're not sure why the magazine is just now covering Smith's downfall. The former politician has already served his prison sentence and the saga -- at last -- seems over. Then again, perhaps it's just because the story remains so incredible. As The New Republic article confirms, sometimes truth is stranger than fiction.