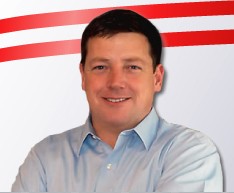 Ed Martin is not going away. But really, did you think he would?

After barely losing his bid for Congress, the Republican from Missouri's Third District launched a new website this week to focus on two efforts near and dear: killing the federal health care overhaul and monitoring local elections.

Martin lost the November 2 election to Democrat Russ Carnahan by 2.2 percentage points, and quickly alleged he was cheated out of victory. On his new website Ed Martin for Missouri, the politician says he's founded a group called Election Integrity Project that will identify voter fraud in Missouri and investigate election irregularities.

As for health care, Martin has assembled a panel for an event next Thursday night that he calls the "Obamacare Hearings." If you go, don't expect to actually hear both sides of the story. His panelist are St. Louis Tea Party founder Bill Hennessy, Lt. Governor Peter Kinder (who's suing to stop the health care reform), and Phyllis Schlafly, the woman who has as little respect for the reform as she does for homosexuals.

Finally, if you can't get enough of Ed Martin online, tune into KMOX today at 2 p.m. I'm told Martin is the guest host for a vacationing Mark Reardon -- not that anyone listening could tell the difference.