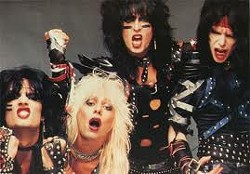 The list of local universities where smoking is allowed is growing shorter.

The schools join Washington University and Fontbonne, which were already smoke-free.