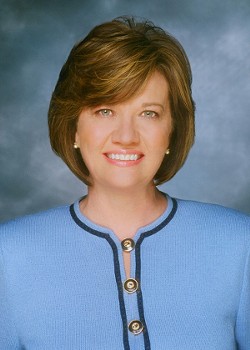 In one of her first tasks as the new chair of the Missouri Democratic Party, Susan Montee returned to her roots as state auditor to review the agency's finances, including its checkbooks, planning documents, payrolls. Conclusion: The cupboards are bare.

"The inspection pretty much confirmed what I had expected: Missouri Democrats will have to start from scratch in 2011," writes Montee in an email sent to party faithful this week and forwarded to Daily RFT.

Not that that is a bad thing. As Montee, who lost her re-election for state auditor in November, adds:

"It means that my predecessor and his staff left nothing on the table in the November 2010 General Election. Given the number of seats Democrats narrowly lost (and narrowly won) around the state, having left money or resources in the coffers would have been unconscionable."

Now Montee is asking state Democrats to donate gifts of $25 to $150 to the rebuilding of the party. She says she'll reassess the books again in ten days to see how much is raised.

"I need help. There really is no money," she concludes.