Rams Could Greatly Improve Secondary with Acquistion of Nnamdi Asomugha 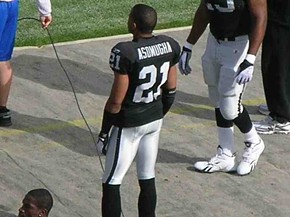