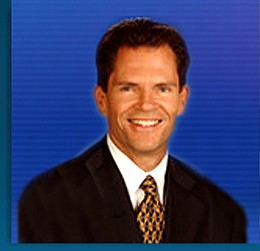 The conservative think tank Show-Me Institute just got a new face and, boy, what an upgrade!

Don't get us wrong. That mug on Rex Sinquefield, the founder and financial backer of the Show-Me Institute, isn't bad in a distinguished sort of way. It's just that it's not as polished as Rick Edlund -- he of the perfect coiffed hair, polished teeth and captivating smile.

Edlund, as most longtime St. Louisans will recall, has served as a local TV anchor and reporter for much of the past two-and-a-half decades. According to his online bio, Edlund last worked as the anchor for KPLR Channel 11 in December 2008 -- prior to that station combining its news programming with KTVI.

Left out of the Beacon story, however, is that Edlund and the Talents have close ties. In 2000 and 2001 Edlund took a break from journalism to serve as spokesman for the then U.S. Representative Jim Talent.