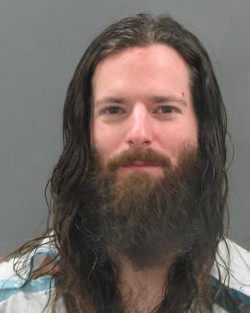 Meet Trip Powers, the man shot early Sunday morning while seriously craving a Grand Slam omelette. Or maybe it was a Moons Over My Hammy?

In any case, here's how it went down, according to police. Powers, 39, arrived at the Denny's on Hampton Avenue around 3 a.m. January 2 and tried to gain entry to the closed building. When informed by restaurant employees that the diner was closed, Powers then allegedly began banging on the window with his elbows and feet demanding to be let inside. By the time police arrived, Powers had broken through the glass and was halfway into the restaurant.

Powers allegedly made verbal threats to the officer and was approaching the cop with his hands inside his coat when he was shot once in the thigh.

St. Louis police report that the officer, a seven-year veteran of the force, feared for his safety. He's been placed on administrative leave as is standard procedure.

Powers, of the 1400 block of Central Avenue in Dogtown, was treated and released from a hospital. He's been charged with first-degree property damage and attempted assault on a law enforcement officer. Bond has been set at $100,000.