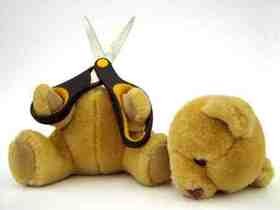 ​​The Missouri Tigers are now sitting on 'trend', following their loss to the Iowa Hawkeyes in the Insight Bowl 27-24. Two years in a row the Tigers have gone to bowl games against teams they clearly should have been able to beat, and two years in a row they have failed to do so.
It's tough to play the blame game, of course, considering there is another team on the other sideline doing their damnedest to win the game as well, but still. Two seasons, two bowl games, two losses. Worst of all, two years in a row of believing Mizzou deserved a better bowl than they got, only to see them fall flat.
It was a frustrating end to a season which, while certainly a huge success, could have been so much more if not for just a couple big letdowns.
It wasn't supposed to be this way, you know. Iowa came into the game unranked, with a 7-5 record, and missing their top wide receiver and running back, both of whom had been suspended from the team due to drug issues. Sure, their defense was still outstanding, ranked seventh in the nation in scoring, but guess who was ranked sixth? That's right. The Tigers. Two teams roughly equal on defense, but nowhere near equal on offense. Missouri should have beaten the Hawkeyes handily.
So what happened? Well, for starters, that vaunted Tiger defense didn't exactly show up big in the early going, allowing the Hawkeyes' freshman running back Marcus Coker to run free on play after play, including a 62 yard touchdown run that brought to mind horrific flashbacks of Roy Helu in the Tigers' loss to Nebraska earlier in the season. Mizzou was in a 17-3 hole before they knew what hit them.
I will give the Tiger defense credit for this: they fought back in a big way. The defense stiffened up, allowing just three more points the rest of the way, though their inability to stop the run remained an issue all day. When you allow a freshman running back to go over 200 yards, something has gone badly wrong. 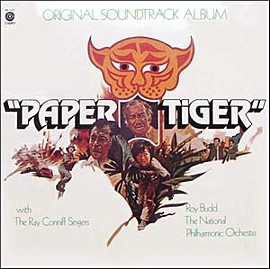 ​When the history of this game is written, though, it will not be the defense of Missouri that receives all the attention. It will be Blaine Gabbert and his best of times, worst of times performance. For good and for ill, this game was all about Blaine.
The numbers are remarkable: 41 of 57, 434 yards. When your quarterback goes over 400 yards, you usually expect to win the game. Unfortunately, the yards are only half the story. The other half is the two interceptions, both of which came at particularly inopportune times. The first Gabbert probably gets a pass on; a tipped ball picked off in the endzone isn't exactly a blatant mistake. The second, though; that's another story entirely.
You have to wonder what happened when Gabbert decided to throw that pass that came all the way back. Was he feeling invincible? It would be understandable if he were; after all, he was having an historically great game throwing the football. From the early second quarter up to the moment Micah Hyde caught the pass intended for Wes Kemp Gabbert seemed nearly infallible. Maybe he just felt like something good would happen so long as he threw the ball.
Or maybe it was the memory of last year's bowl loss to Navy that motivated Blaine to throw that pass. After losing to the Midshipmen last year 35-13, plenty of the Mizzou players expressed embarrassment at how they performed. Perhaps the memory of that disappointment weighed in at the last moment and helped make the decision to throw a pass that was, to put it lightly, ill-advised.
Or, then again, maybe it wasn't anything so complicated as all that. Maybe this just is who the Missouri Tigers are right now. They put so much into beating Oklahoma in what could easily serve as the signature win of Gary Pinkel's coaching tenure to this point, then went out and laid two eggs in a row against Nebraska and Texas Tech. The Nebraska game wasn't surprising; the 'Huskers were one of the top teams in college football this year and had a hugely hostile environment on their side. But losing to a Texas Tech team that simply wasn't all that good in 2010 just isn't what powerhouse programs do.
The more I think about it, I think that maybe that last explanation is, after all, the right one. The Tigers went to College Station, perhaps the toughest place to play in all of college football, and beat a Texas A&M team that beat both Oklahoma and Nebraska, but struggled against San Diego State in non-conference play, needing a miraculous T.J. Moe touchdown reception to beat the Aztecs. Again, no disrespect to San Diego State, whose football program certainly appears to be on the upswing, but beating Oklahoma and hammering A&M in their own stadium does not go hand-in-hand with nearly losing to SD State and falling flat against an unranked Texas Tech.
It was an outstanding season for the Tigers, who ranked as high as fifth in the BCS and finished with ten wins. Along the way they set an all-time Missouri record for most wins by a graduating class. The Tigers certainly have nothing to be ashamed of. Still, you can't help but wonder what could have been if Mizzou had just one or two fewer missteps along the way.
Or if Blaine Gabbert hadn't thrown that pass.