Coker Makes Jokers Out of Mizzou

The story of last night's upset of unranked Iowa over No. 12 Missouri in the Insight Bowl? One man: Marcus Coker.

The back-up running back, playing in place of the Hawkeye's suspended starter Adam Robinson, ran for 219 yards and had the most to do in ensuring the Hawkeye's 27 to 24 victory.

The freshman back scored two quick touchdowns to start the game, punching in a one-yard run just four minutes after kick off and backing that up with a 62-yard run for a touchdown early in the second quarter.

Mizzou would bounce back thanks to quarterback Blaine Gabbert's 434 yards through the air. But, in the end, it was Gabbert who also threw the game away.

With five-and-a-half minutes remaining in the ballgame and Missouri ahead by four and driving for another score, a scrambling Gabbert served up a pick-six interception to Iowa cornerback Michah Hyde.

Missouri would never recover. Gabbert's other interception came off a bobbled pass in the endzone that would've tied the game 17-17 at halftime. Instead, Missouri trailed by seven entering the locker room.

The Tigers were only ahead in the game briefly after Gabbert connected with cornerback Michael Egnew for a three yard pass to end the third quarter and put Mizzou up 24-20. 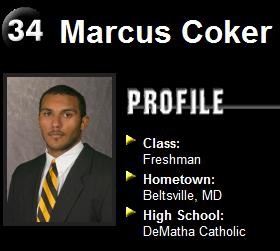 Still, it was the strong running by Coker who allowed the Hawykeyes to remain in the game as he converted key first downs throughout the contest and helped to eat up the clock. Following the conclusion of the matchup, Coker was named the Insight Bowl MVP.

As impressive as Gabbert looked at times, other Tigers also came away with gaudy numbers. Receiver TJ Moe ended the night with 152 yards on 15 receptions. Jerrell Jackson had 129 yards on 9 catches. Michael Egnew caught seven for 64.

Considering how often Gabbert threw (41 completions on 57 attempts), Missouri was able to counterbalance well on the ground. Iowa's defenders seemed genuinely surprised when the Tigers ran the ball, allowing Kendial Lawrence and De'vion Moore to pick up an average of 6.7 and 5.3 yards per carry, respectively, on their six runs a piece. Not bad considering how one-dimensional the Tigers can be on offense.

All in all, it made for a great contest despite not ending the way most Missourians would've liked. (Frankly, my biggest complaint was the 9 p.m. start. Hey, Insight Bowl officials! Some of us have to work this week!)

Prior to last night's contest Missouri (10-3) last met Iowa (8-5) on the gridiron 100 years ago. It could be that long 'til the schools meet up again, which is good. Marcus Coker should've graduated by then.