Worst Person To Rear-End While Driving Drunk: A State Trooper 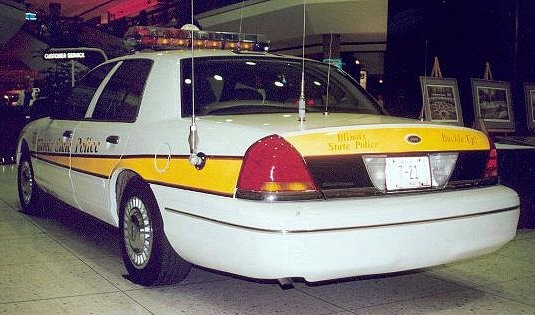 In a Christmas morning episode that proved neither holly nor jolly, an inebriated 23-year-old David A. Whitacre of Granite City reportedly gave the gift of his front bumper to the back of an Illinois State trooper's squad car. Woops.

The trooper, who wasn't seriously injured, had just finished clearing an accident on the U.S. Highway 50 ramp that enters eastbound Interstate 64 in the wee hours of Saturday morning. He was idling on the shoulder when Whitacre nailed him.

The young man tried to back up, but their bumpers were locked. Police officers from O'Fallon showed up, put the civilian in bracelets, and eventually charged him with a DUI and resisting arrest, among other things.