Parents Cash In For Their Children Attending School, Behaving In Classroom 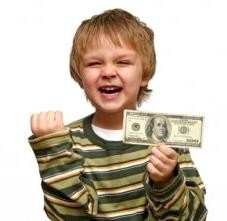 This is what it's come to: Parents getting $300 in Visa gift cards for ensuring that their children attend school and behave in the classroom.

Yesterday a dozen parents at Jefferson Elementary School in the Carr Square Neighborhood north of downtown St. Louis were rewarded with $300 to $600 in gift cards and feted with cake and fruit juice for successfully participating in the program.

So, does this count as a success?

Say what you will, at least the $600 that parent Felicia Lewis received yesterday is going to directly help her family. Two of her kids qualified for the award (a third child was suspended from school), and Lewis says she'll use the money to pay the gas bill and buy her kids Christmas presents. She says her home was burglarized last month with most the family's valuables stolen.