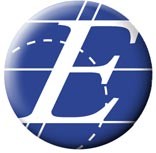 You know that old saying: When one door closes, another one opens? Well, in this case, when one door opens...you decide to build even more doors to open, we guess.
Not only has St. Louis-based pharmaceutical management company Express Scripts Inc. announced its intention to reverse its decision to shutter both of the company's facilities in Bensalem, Pennsylvania, its has even more good news.
The Post-Dispatch reports that ESI will add a fourth building to its campus in north St. Louis County. The company HQ is currently on the University of Missouri-St. Louis campus on the south side of I-70; the new building will be just across the freeway, on the north side of I-70.
ESI will receive state and county incentives: The Missouri Development Finance Board will contribute $1,038,660 in bonds to offset ESI's corporate income taxes, and the county has significantly reduced taxes on the property, temporarily.

We contacted Thom Gross, Express Scripts' senior manager of public affairs, to ask whether this new building will shift work to St. Louis that was previously handled by the facility that's scheduled to close in Bensalem, Pennsylvania. (Oh, yes: Did we mention there were two Bensalem facilities slated for closure -- and only one has been saved? Or that 500 Pennsylvania workers will still be losing their jobs, even though Express Scripts is keeping one plant there open? Well, that's the deal.)

In essence, we wondered: Are Missouri tax breaks helping to swipe jobs from people back east?

The answer, it turns out, is no.

The new building is consolidating a bunch of workers from scattered sites in the Riverport area. Express Scripts is letting those leases expire, putting a bunch of IT/administrative workers in a new facility a mere stone's throw from its headquarters. The jobs are "totally unrelated" to the work that was handled in Pennsylvania, Gross says.

As part of its tax abatement deal with Missouri, Express Scripts will commit to creating 150 new jobs after the new building has been open for two years, Gross says.