Cliff Lee: The Sound of a Paradigm Shifting Without a Clutch

In what can only be described as a rather surprising move, Cliff Lee, aka the "Best Left-Handed Pitcher in Baseball At the Moment," spurned the Yankees' big dollars, as well as those of the Texas Rangers, in order to return to the Philadelphia Phillies, the team he pitched to the World Series in 2009.
I must admit, seeing Lee go anywhere other than New York is a bit of shocker. See, everyone, including yours truly, thought there was no way he would turn down Yankee money. Turns out we were all wrong. Of course, the move is already being widely hailed from all corners of medialand as the very height of nobility; the fact Lee took a smaller contract to play somewhere he wanted to rather than bolting for New York is apparently a grand gesture in some circles. Personally, while it's sort of nice to see a player not end up on either the Yankee or Red Sock side of the ledger for once, I'm having a hard time finding a ton of nobility in a guy taking $120 million instead of $160 million.
What I am finding quite interesting, however, is the thought of what this is going to do to the balance of power in the National League. See, the senior circuit is entering uncharted waters here, with something they've never seen before.
The NL just got its first bona fide super team.
Now, first off, let me explain a bit about what I mean by a superteam. You're familiar, I'm sure, with the concept of a supergroup, right? Those bands which are basically conglomerations of musicians from other groups who get together and put out what essentially amounts to an all-star jam? Think Asia. Yes, I realise they generally suck, but that's really beside the point here.
A superteam is a lot like a supergroup, in that it's a team which, on paper at least, appears so vastly superior in talent to their peers that it's almost impossible to imagine how it couldn't kick ass. Superteams are largely bought, either through trade or sheer cash outlay, rather than being organically grown through a farm system. 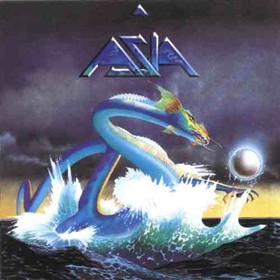 ​Up until now, the National League hasn't really had any superteams. The Cardinals of the mid-2000s nearly qualified, with the 2004 squad certainly boasting a similar amount of star power, but it really didn't last long enough. The Cubs have tried to assemble teams of this sort, but being the Cubs their efforts have almost universally self-destructed. Beyond that, the American League has had a monopoly on superteams to this point.
So why is this important? Well, I'll tell you why. Over the past few years, there's been tons of speculation as to why the AL is currently so much better than the NL. Most of the time the current disparity is chalked up to the simple cyclical nature of the game. The DH gets a lot of time as the culprit, too, since very few NL teams have an extra 30 homer guy just laying around to throw out there in interleague play. But there's one explanation I've heard that rings more true to me than any of the others, and it's this: the American League's superiority is the direct result of the Yankees/Red Sox arms race.
The theory goes like this: as the Yankees (and Red Sox, though the Yanks have really been the bigger movers and shakers of the two overall), have spent more and more money over the past decade-plus, trying to build a virtual all-star team, other teams have had to work much harder to try and have any chance of competing at all than they would in an ordinary environment. Teams in the NL, where parity is much more the rule and there aren't really any teams spending vastly larger sums on payroll than others, have only had to build teams good enough to win their own divisions, which are generally competitive and somewhat bunched in the middle. American League teams, on the other hand, have had to find ways to contend with a couple of behemoth teams, leading to either increases spending as clubs try to keep up or smarter, more efficient operations as teams attempt to grow what they can't purchase.
I don't know about you, but that theory has always just felt very true to me, you know? Not only are the biggest payroll teams over in the AL, it seems like most of the smartest organisations are in the junior circuit as well. The Athletics made calculators hip years before the rest of the game caught up to their methods, the Twins have consistently built winning teams with a sound player development pipeline, and the Tampa Bay Rays have managed to assemble a monstrous collection of talent with one of the lowest payrolls in baseball. (Of course, Tampa is also going to lose a huge chunk of that talent this year, but that's neither here nor there.)
Now, to be fair, there are a pair of truly feckless teams in the AL in Baltimore and Kansas City, but even the Royals finally appear to have gotten their minor league house in order. Compare that to the National League, where even the top teams seem positively mediocre in comparison to the beasts over in the AL East.
Now, with all that in mind, look now at the Philadelphia Phillies as they head into 2011. Sure, they're an older team, and health could easily derail them. That's true of virtually every team, though, and super teams are no exception. But with a rotation of Roy Halladay, Cliff Lee, Roy Oswalt, and Cole Hamels, there isn't another team in the National League -- or anywhere, really -- capable of matching up one through four with them. The Giants come close, but given how young their number three and four guys are the Phils have the edge. Combine that rotation with an offense which scored the second-most runs in the NL last year (despite much teeth-gnashing over their inconsistency), and you have a team which is head and shoulders better than anything else the National League has to offer.
So here's the real question: what does this do to the NL? As it stands now there doesn't look to be another team in the National League capable of competing with Philadelphia for a pennant. The Cardinals have an outstanding rotation of their own, but the offense was no better than middle of the road in 2010 and the marginal moves they've made this offseason may not even make the team any better, much less the great leap forward needed to stand on equal footing with a team like the Phillies. The Mets and Cubs are both disasters; the West has plenty of promise, but both Colorado and San Francisco have definite flaws.
I wonder if NL teams will be content with this new status quo, of one clearly superior team and then a whole tier of good teams who just don't stack up, or if there will finally be some real movement to try and improve. If National League organisations just continue on as they have been, I predict a whole lot more World Series appearances for the Phillies in the next five years. And that is just going to suck.
The world has changed in the National League. Now let's see if the rest of the league can adapt, or if we all need to settle in to watch Philadelphia a lot over the next few years.