Woman Shitcanned for $10 Theft Gets Another Chance

December 14, 2010 at 12:30 PM
comment
Samantha Jenkins lost her job at a local McDonald's franchise after her restaurant manager claimed that she swiped $10 from the cash register -- and that the theft was recorded on surveillance tape. 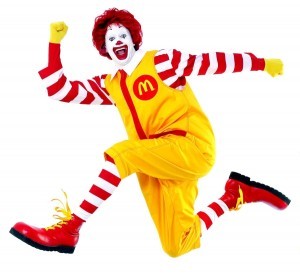 Jenkins is probably not getting her job back any time soon. But the Missouri Court of Appeals recently ruled in her favor on a related matter -- saying that she was wrongly denied unemployment compensation by the state's Labor and Industrial Relations Commission.

The reason? Even though Jenkins' manager testified to the commission that she saw Jenkins slip the sawbuck into her shirtsleeve on a surveillance tape, the McDonald's franchise fighting Jenkins' unemployment claim never actually entered the videotape into evidence. That means the manager's testimony was all the commission had to go on -- and that's hearsay, according to the appeals court.

And that means the testimony should not be enough to stop Jenkins' unemployment claim, the appellate panel concluded.

Jenkins argued to the commission that she didn't take the money, and that her cash register had never been short before. The McDonald's franchise needed more than just a manager's allegation to counter that, the appeals panel agreed.

"Employer failed to meet its burden to show by a preponderance of the evidence that [Jenkins] was discharged due to conduct related to work," the court concluded in a unanimous opinion, issued today.

The case goes back to the commission for further proceedings.

So, reader: What do you think?

Is it all too easy for a vindictive boss to destroy your life, without even compiling much evidence? (Come on -- it's $10!)

Or is it too hard to fire bad employees these days? How is it possible that an employee can be caught in the act of stealing -- and still be eligible for unemployment?