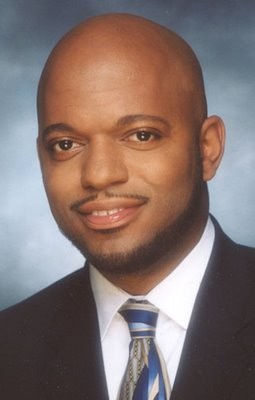 Those are among the expenditures and withdrawals that the campaign of former Democratic State Representative Rodney Hubbard failed to properly document in his (failed) bid to retain his statehouse seat in 2008 -- among the numerous discrepancies that led the Missouri State Ethics Commission to levy a $322,000 fine yesterday against the candidate, the campaign, and its treasurer, Joy Camp.

The fine is believed to be the largest in the state ethics commission's history.

However, the commission notes that it will reduce the fine to $32,200 if paid within 90 days. And, in an email to Daily RFT, Hubbard confirms he intends to do just that.

"Mistakes were made in reporting by three committees that supported my 2008 Senate race," he writes. "Those mistakes have all been corrected through reporting amendments. Because many of the mistakes involved reporting transactions on the wrong committee's report, the Commission imposed fees multiple times for the same transactions. Nevertheless, I intend to pay the...total fee."

Hubbard currently works for Democrats for Education Reform, a nonprofit that advocates for charter schools and other attempts to reform the public school system.

The 36-page ethics commission report is incredibly complicated, mainly because Hubbarb's campaign coffers appear to have been a mess. The report details a host of expenses that the campaign documented incorrectly (or sometimes not at all). It says that Hubbard's campaign failed to report $85,850 in contributions, reported another $16,280 in contributions which weren't actually deposited into the fund, and failed to report a staggering $129,351 in expenditures (including that money at the Ritz-Carlton).

State law holds that a campaign may not spend more than $50 in petty cash at a time, or more than $5,000 in a calendar year. Yet the Hubbard campaign wrote checks out to "cash" or withdrew more than $20,000 during the two-year period covered by the report.

Interestingly, a big chunk of the errors in documentation appear to have begun with a giant contribution from (drum roll!) billionaire financier Rex Sinquefield. The most hated philanthropist in St. Louis gave $30,000 to Hubbard's campaign in June 2007 -- during the narrow window after an appeals court struck down the state's $650 limit on campaign contributions (in January) but before the Missouri Supreme Court reinstated that very limit (in July).

Like many politicians, Hubbard was forced to return the money to Sinquefield. But, as the ethics commission found, instead of returning the full sum (as the campaign reported in its official records), Hubbard's people returned half -- and apparently withdrew $13,500 in cash instead of refunding it to Sinquefield.

The report does not hazard a guess as to whether that was an attempt to keep the money, or merely a really stupid mistake. We're hoping to catch up with Hubbard soon -- we'll update this post if we can get a little more information.