The 10 Dumbest Things People Have Used to Get High

"I can't explain why, I just love to get high."

When Jay-Z rapped those words on the song "Allure," he probably wasn't talking about knocking back a frothy mug of reindeer piss, subjecting himself to multiple bee stings or huffing spray paint out of a paper bag.

The vast majority of drug users get their kicks from the classics -- everything from cocaine to plain ol' Mary Jane -- but for the adventurous, bored, poor and pitifully desperate there is always some way to find a fix.

Recently in St. Louis, a fifteen-year-old girl told one TV news station that when she and her friends couldn't find any weed, they raided her mom's pantry and rolled a spliff out of nutmeg instead. While undeniably misguided, the idea wasn't actually that outlandish. Nutmeg, ingested high concentrations, is a potent hallucinogen.

Another local girl ended up in the hospital when she snorted a brand of "bath salts" called Ivory Wave. Though effective -- the product contains a pair of legal ingredients that mimic cocaine's stimulant and anesthetic properties -- it sounds quite unpleasant. A writer for Vice magazine described his Ivory Wave experience as "like crystal meth without any of the good bits."

Remarkably, however, neither of these substances compare to some of the other truly idiotic things people have (supposedly) used to get high.*

10. Synthetic Marijuana
In the early '90s, a scientist at Clemson University synthesized a variety of chemicals that mimic the effect of marijuana on the brain's cannabinoid receptors. The substances were supposed to be used for medical research, but now head shops across the country are spraying the stuff on potpourri and selling it for $30 a bag to both teenagers who don't know any better and adults who are desperate to get stoned but have to pass a drug test.

The DEA recently banned several of the chemicals, but new varieties are already on sale. Our colleagues at the KC Pitch tried one of the new types -- a brand called Syn -- and described it as "some skeevy shit" that "tastes sour and smells like halitosis."

9. Whip-Its (a.k.a. Hippie Crack)
Perhaps the only enjoyable part about the dentist's office is the complimentary dose of laughing gas. Less enjoyable, one would imagine, is locking lips on the top of whipped cream can and sucking out the little bit of nitrous oxide that propels the delicious dessert topping onto your plate. Long a favorite break time activity of restaurant employees -- to the point that most businesses now keep track of their stock of nitrous canisters -- it's also known as "hippie crack" for its popularity on the jam band circuit. Pro tip: If a drug has "crack" anywhere in the name, you probably want to avoid it.

8. Toads
Spoofed by both Simpsons and Family Guy, hallucinogenic toads and frogs are very real things. The venomous skin of the Colorado River toad (Bufo alvarius) contains a potent psychoactive substance called 5-MeO-DMT. Licking the critters, however, is a very bad idea and can cause serious illness and/or death. The hallucinogens have to be extracted and then smoked for humans to be able to get high off of them.

Hear that kids? Be sure to smoke your toads, not lick them.


7. Annoying Ambient Music
A website called i-Doser is the purveyor of "biaural brainwaive audio doses" that "powerfully alter your mood." The "beats" are vaguely similar to techno and have names like "peyote," "trip" and "orgasm."

6. Paint
The marginal upside: Vapors from many types of inhalants -- including spray paint -- cause intense euphoria and vivid hallucinations when abused. The ginormous downside: They also cause headaches, nausea, vomiting, loss of motor skills, hearing loss, limb spasms, liver and kidney damage, pneumonia, cardiac arrest and/or drowning to death on your own vomit. You'll also end up looking like this guy: 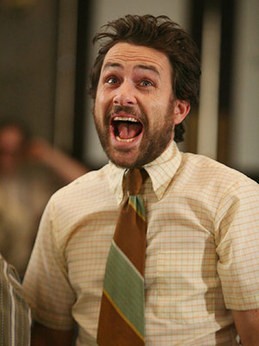 When The Ramones sang "Now I Wanna Sniff Some Glue" they weren't talking about Elmer's. Rubber cement and other high-strength adhesives cause an alcohol-like stupor when sniffed. Like paint and other inhalants, this ranks among the worst possible things you could possibly do to your body. Nasty side effects include kidney and liver damage, chronic respiratory problems and "unstable temperament and diminished levels of concentration." Charlie from It's Always Sunny In Philadelphia knows exactly what that last part entails.

4. Catnip
And you thought this was just a drug for pussies. No, catnip -- derived from plants in the Lamiaceae family -- can also get humans high. Well, kind of. While the stuff turns your feline into a drooling, stumbling, sleepy and highly entertaining wreck, it's not quite as potent for humans. James Nestor, author of the book Get High Now, says that about three grams steeped in water in a teabag produces effects that are "subtle but relaxing and soothing." So really, catnip probably is just for pussies.

3. Bee Stings
In addition to the searing pain and swelling that accompanies bee stings, the brain also produces cortisol and dopamine. Combined, Nestor writes in Get High Now, these two neurotransmitters "produce an intense feeling of satisfaction," and, in some instances, hallucinations. The more times you're stung, the more bee venom enters your bloodstream, the more chemicals your brain produces and the higher you get. As long as you have good tolerance to pain and aren't allergic to bees, it sounds like a totally reasonable way to catch a buzz, right?

Magic mushrooms are not metabolized by the body, meaning that most of the psilocybin (the stuff that makes you trip) is excreted in human waste, particularly urine. It is theoretically possible, then, to drink urine from someone (or something) that has recently consumed 'shrooms and trip just as hard as if you'd eaten the fungi yourself.

Legend has it that shamans in native Eskimo tribes in Siberia and Alaska would observe reindeer foraging on red-and-white speckled amanita muscaria mushrooms (the same shrooms that are said to have spawned the Santa Claus fable), then wait for the animals to take a leak. Supposedly, they would somehow collect this piss in bowls, chug-a-lug and say goodbye to all sense of reality. Then -- skepticism alert -- the shamans would piss in cups, and their followers would drink their third-generation, 'shroom-tainted piss. It all sounds highly unlikely, but then again, if you're an Eskimo freezing your ass off in Siberia, a steaming hot cup of mind-blowing reindeer piss might not be so unappealing after all.

1. Jenkem (a.k.a. Butt Hash)
Thoroughly debunked by Snopes, but nonetheless alive and still circulating as an urban legend, Jenkem is easily the foulest method of getting high that anyone has ever conceived. The process: Poop and/or pee in a plastic bottle. Cover the bottle with a balloon and put it in the sun to "ferment." Come back in a few hours, pluck off the balloon and inhale the shitty vapors.

When this rumor started to spread, TV news stations had a field day. The "butt hash" story got so much coverage, in fact, it's hard to believe a "tough on crime" lawmaker somewhere didn't attempt to outlaw taking a dump in a plastic bottle.
*Please, for the love of God, do not try any of these things. Except maybe catnip; that sounds like it's not so bad.