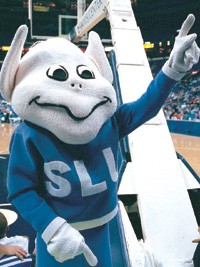 The Saint Louis University Billikens (3-3) face a tough challenge tomorrow when they square off against the No. 1 team in the nation, the Duke Blue Devils (9-0) in Durham, North Carolina.

Add to that the pressure of the team playing before its first-ever national television audience during a regular-season game.

"It's a big opportunity for our program to have great exposure, and to show that we're making progress, on a big stage," SLU athletic director Chris May tells the Post-Dispatch's Dan Caesar who breaks the news this morning. "It's an exciting game for our student-athletes to participate in, they're fired up."