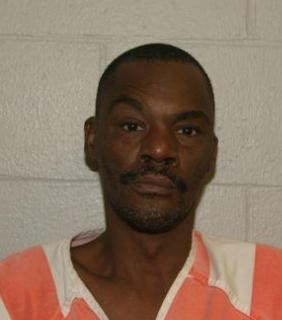 He's been out of prison for fewer than ten months and now he's headed back.

Yesterday, the Madison County state's attorney charged 50-year-old Perry Henderson with breaking into the Alton home of 73-year-old Sandra Wood, sexually assaulting her, strangling her to death and leaving with her car and flat-screen TV.

"I am confident he will be sent back to prison for the sixth and final time, so this will be the final crime he commits in Alton -- or anywhere," said Alton police chief David Hayes at a news conference yesterday.

Henderson's previous arrests and incarcerations had him serving prison time for assault with a deadly weapon, sexual abuse a 5-year-old, home invasion and residential burglary. This time he could face the death penalty.

Woods, a Democratic and environmental activist who'd retired from teaching in the St. Louis Public Schools, was found dead at her home last Friday.

Check out the Alton-Telegraph for all the gory details.