Missouri Likely To Favor Any Republican Candidate Except Palin in 2012 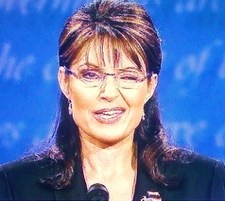 A Public Policy Poll released yesterday indicates that all but one of a handful of Republican presidential candidates would win Missouri in 2012. That exception is Sarah Palin.

The poll indicated that Obama would beat Sarah Palin, 46-43.