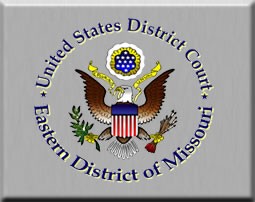 What a day in Missouri's Eastern District! Here's but a sampler of yesterday's scintillating filings:

1) A female inmate held at Scott County jail accuses an officer of raping her and giving her chlamydia! Two other women detained there also allege sexual assault.

2) Sherri Berry, a former bookkeeper at Pernikoff Construction Company in University City gets indicted for embezzling about $380,000.

4) An East Boogie nightclub owner and alleged gang member gets his 2006 Mercedes Benz seized (it was worth about $21 large) . Kelvin Davis, operator of Rokel's in East St. Louis, was listed as a member of the Vice Lord / Four Corner Hustler gang out of Chicago. He told authorities back in June that he bought the Benzy thanks to "good hustling," specifically heroin dealing.