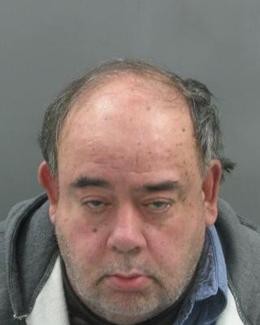 Update: St. Louis County police have questioned two people on suspicion of killing McClure. Otis Richmond, 32, and Angel Scheibel, 25, live in the 3400 block of Juniata in south St. Louis, just down the street from where McClure's Camaro was discovered yesterday.

The two were arrested and booked early Wednesday and later released. The St. Louis County prosecutor's office is determining whether or not to file charges of first-degree murder and armed-criminal action. Their mugshots appear below.

Just about a month ago -- October 28 -- McClure kept St. Louis police at bay when he drew a gun on officers trying to deliver an arrest warrant at his Legends Comics shop on south Hampton.

McClure was wanted for charges of raping a 13-year-old teen and felony weapons charges. He was arrested after a four-hour standoff and placed in jail on a $75,000 bond.

Court records indicate that McClure posted bond November 4. He was supposed to show up in court yesterday morning but failed to appear.

A park ranger found his body near the Meramec River after hearing gunshots around 12:30 p.m. His car -- a 1992 Camaro IROC -- was seen leaving the park shortly after the shooting and found this morning in south St. Louis. St. Louis County police are asking anyone with information regarding McClure's killing to call them at (314) 889-2341.