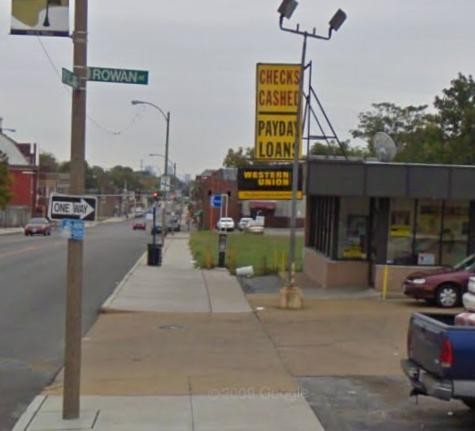 Kimble was wanted in the April kidnapping of two women in St. Charles. The women were driven to the Currency Exchange store on Martin Luther King Jr. Blvd. in St. Louis where one of them worked. There the employee was forced to open the store at gunpoint and the kidnappers looted the business of cash and lottery tickets.

One of the suspects in that robbery/kidnapping is John Wesley Jones, who police found with what's now being described as $1 million in cash in the trunk of his car the day after the multi-million dollar heist of ATM Solutions in August. Jones escaped from jail last month but was found hiding out in metro East St. Louis a couple days later.

Myron Kimble has a lengthy rap sheet. Court records indicate he was charged in 2008 with statutory rape involving a child under the age of 14. That same year he pleaded guilty to tampering with a motor vehicle and was placed on probation. In 2009 he was charged with resisting arrest in University City. Other charges include tampering with a motor vehicle in 2005 and felony theft in 2005.