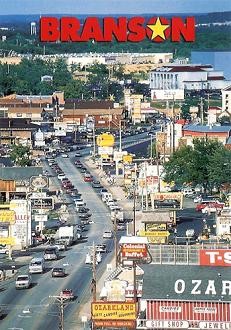 Some things just go great together. Cookies and milk. Beach chairs and paperbacks. Captain and Tennille. Branson and Nelly. Err, we mean Branson and NASCAR.

A month after St. Louis' Gateway International Raceway closed down after a decade of trying to make it in NASCAR, a businessman in Branson says he wants to build stock-car track in southern Missouri that could accommodate 80,000 to 100,000 fans.

Russell Cook, a developer from nearby Hollister, says he has investors in place to spend $150-million building the racetrack on 800 acres he owns near the Branson airport. As the Springfield News-Leader reports, officials in Taney County are on board with the plan.

Cook hopes to break ground this spring and host the track's first race in 2012. The goal would be for the track to land a Sprint Series race -- something Gateway could never do. In the meantime, Cook would settle for Nationwide and other NASCAR series events.