Taming the River Des Peres, a.k.a. "The World's Most Gigantic Sewer" 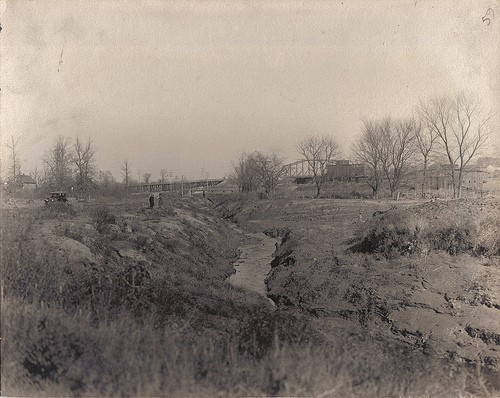 Local architecture historian Michael Allen is out with a fascinating article on the River Des Peres, published on his site Ecology of Absence.

Among the things I learned reading Allen's piece is that St. Louis' great, open-air storm drain was almost refashioned into a town lake in the 1970s.

The idea, endorsed by St. Louis Mayor Alphonso Cervantes, would have raised the water level between Lansdowne and Morganford for use as a recreation area.

The plan also called for a marina but was ultimately defeated when nearby neighbors complained that boating would be too loud. Talk about your missed opportunities! Jet-skiing down the River Des Peres? Priceless.

Read other tales and view more historic pics of the river at Ecology of Absence.