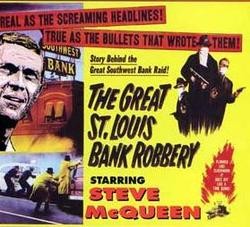 The FBI announced today that two teenage girls believed to be related to one of the suspects in August's multi-million robbery of ATM Solutions were kidnapped and held for ransom this week.

Four heavily-armed men abducted the girls -- age 13 and 16 -- from a home in north St. Louis County around 4 p.m. Sunday. By Monday night, agents with the FBI and St. Louis city and county police departments were able to rescue the girls from separate locations, without paying the demanded ransom.

Shortly after the girls were rescued Monday, a man believed to be one of the kidnappers raided an apartment in north St. Louis County and forced three women to drive him into the city where he met an acquaintance. The women were then released uninjured.

The FBI describes all the kidnappers as black males in their mid-20s.

During the course of the kidnapping investigation, the FBI says it arrested 32-year-old James Wright of St. Louis on an outstanding warrant related to the ATM Solutions robbery. The U.S. Attorney's Office has charged him with interstate transportation of stolen property.

With Wright's arrest, police have now detained four people in connection to the August 2 heist in which robbers may have gotten away with as much as $11 million.

The FBI reminds the public that ATM Solutions is offering a $150,000 reward for information leading to the arrest and conviction of suspects in the August 2 robbery and recovery of the money. Tipsters can call the FBI at (314) 589-2500.