When Criminals Imitate the "People of Walmart"

St. Louis County police are looking for the man pictured here in connection with the theft and fraudulent use of a credit card stolen from a vehicle in October. The suspect later used the credit card to purchase a flat-screen TV from a Walmart in Kirkwood.

And, no, despite his appearance the suspect has not -- yet -- been featured on the site, The People of Walmart, though he would certainly qualify.

Here's the happy shopper leaving the store, TV in hand. 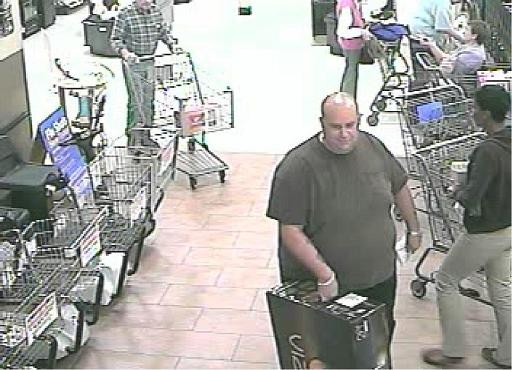