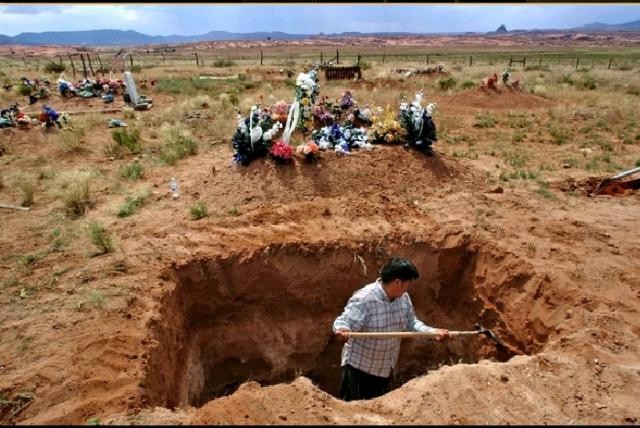 The indictment claims that the officials misappropriated assets that will cost the purchasers of pre-paid funerals, funeral homes and state insurance associations $450 million to $600 million.

According to the indictment, individuals who purchased a prearranged funeral contract from National Prearranged Services (NPS), signed contracts which set forth the terms of that contract. The total price for the funeral services and merchandise was agreed upon, and would remain constant regardless of when the funeral services and merchandise would be needed. The purchaser could pay the agreed upon price either in full, or by periodic installments. NPS agreed to arrange for the funeral with the funeral home designated in the agreement upon the death of the person for whom the contract was purchased. In order to secure the performance of the prearranged funeral contract, a third party received the deposited funds. In Missouri, the purchaser and NPS agreed that the payments made under the contract after the initial 20% were to be deposited into a trust with a financial institution, such as a bank, as trustee. The seller of a contract was permitted to retain for its own use, the initial 20% deposited by the purchaser. In other states, such as Ohio, Illinois, and Tennessee, the purchaser and NPS agreed that the purchaser would apply for a life insurance policy which would fund the prearranged funeral contract when the funeral services were needed. Beginning in 1983, NPS entered into agreements with several financial institution to act as trustees of the various trusts which were established to hold the funds paid by the purchasers located in Missouri.

According the indictment, NPS borrowed large amounts of the cash surrender values of the insurance policies. NPS had no right to borrow the cash surrender values of these policies. These loans reduced the death benefits which would be available to pay for funeral services after the deaths of the purchasers. Additionally, the indictment alleges that the defendants concealed this practice from insurance regulators. In some instances, the defendants used money obtained from new purchasers to pay premiums of insurance policies on the lives of previous purchasers and also to reimburse funeral homes for the cost of funeral services for the earlier purchasers.

The indictment states that the defendant removed large amounts of money from prearranged funeral trusts established by NPS. This money was allegedly used to enable Doug Cassity to purchase residential real estate, to finance business projects for affiliated companies, to purchase a New York insurance company, Professional Liability Insurance Company of America (PLICA), and to pay personal expenses of Doug Cassity and his family.

"The effects of this are not just felt by consumers who bought the policies, but also by local funeral homes who are often small, family-owned businesses," said J.R. Ball, AIC for the St. Louis Field Office of the US Postal Inspection Service. He continued, "Any time the mail is trusted to exchange correspondence, Postal Inspectors will aggressively investigate those who use the mail to engage in fraud."

"It doesn't matter if a fraud scheme is simple, or as in this case elaborate and complex," said Dennis L. Baker, Special Agent in Charge of the FBI St. Louis Division. "It will be investigated regardless of resources needed, in a cooperative team as shown in this case."

In addition to the fraud charges, upon a finding of guilt, the defendants will be subject to a forfeiture allegation, which will require them to forfeit to the government all money derived from their illegal activity.