Pro Tip: When Doing Motorcycle Wheelies On I-70, Avoid the Concrete Median (UPDATED) 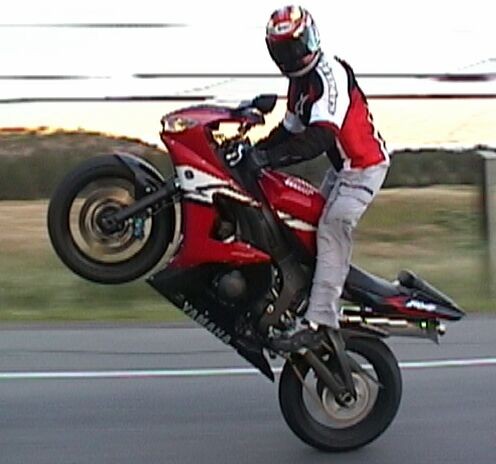 UPDATE: A St. Louis police spokeswoman sent out a message to the media late Monday afternoon saying that Brown was actually 28-years-old and confirming that a gun was found near Brown at the scene of the accident.

An eighteen-year-old from north St. Louis learned the hard way this weekend that the freeway is not the best place to practice motorcycle stunts.

Eighteen-year-old Jeron Brown died Sunday night when he crashed his crotch rocket into the concrete median on eastbound I-70 near North Broadway.

Witnesses told police that Brown was "pulling wheelies" when he lost control of his bike and slammed into the Jersey barrier. While Brown was thrown from his motorcycle during the crash, the bike itself kept going. The vehicle's throttle was apparently stuck, and it zoomed across the road before hitting a nearby fence.

Brown, who lived in the Baden neighborhood, was transported to the hospital, where he died last night from injuries sustained in the crash.

The take home message, of course, is if you're going to mess up a wheelie, do it in an empty dirt field and make sure somebody is around to get it on camera.