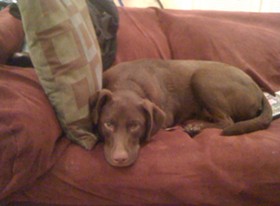 Dr. Helen Kamp did not phrase her complaints in such strong language when she resigned from her job as a veterinarian in the animal control department at the St. Louis County Department of Health last June, nor did she do so at a county council meeting last month where she reiterated her concerns.


But the message was still pretty clear.

At its worst, Kamp believes the incompetence of her former colleagues in the Department of Health led to the death of one county resident. And even at its most benign, Kamp says it led to the hiring of underqualified supervisors at highly inflated salaries and the resignation or early retirement of Kamp and nine other long-term employees. Kamp herself had worked in the department for eight years.

In her speech to the county council on October 19, Kamp alleged that a woman had been killed by her son's rabid German shepherd in January 2007.

"Another tragedy is that this death may have been prevented had a clerk at animal control done her job," Kamp told the council. "About three weeks prior, the woman had been attacked the first time by this dog, she was treated at St. Anthony's Hospital and a bite report was faxed from the hospital to animal control, as is normal procedure for dog bites. The clerk responsible for the bite reports did not act on this case.

"Had she done her job the dog would have been brought to the shelter for a ten-day quarantine observation for rabies. It is possible the owner would have decided to have the dog euthanized at the end of quarantine as is often the result in these bit cases. The dynamics may have changed dramatically and the death prevented."

Why did Kamp wait more than three years to bring this to the attention of the county council?

"I was worried about retaliation," she tells Daily RFT. "I didn't think I could bring up things, especially the death of the woman. Now [that I've resigned] I can voice my own opinion. But if it were run properly, I would still be there."

Kamp claims that much of the incompetence in the county health department, particularly animal control, stems from fact that many of the supervisors did not have the necessary experience for their jobs. For example, she told the council, the department advertised last winter for a vector/animal control supervisor. The position required applicants have a Bachelor of Science degree, two years of experience in both vector and animal control and one year of supervisory experience.

"The applicant hired had no college degree, no vector experience and no supervisory experience in his nine year history with the county," Kamp told the council. "I had requested disciplinary action by the program manager be taken with this employee for not following my explicit written instructions regarding euthanasia lists during my absence. None was taken, but then shortly afterwards he was promoted to supervisor."

As Helena Servis, a friend of Kamp's, noted at the council meeting, a program manager for animal and vector control earns a base salary "in excess of $82,000. Add to that the customary benefit package and we believe the total compensation will add up to well over $100,000 a year."

Servis added that she was concerned about the cost to taxpayers of having unqualified people in such lucrative positions.

Kamp claims that another employee was only hired after he filed a formal complaint. "It was brought to a hearing by the civil service commission," she says. "They hired [him] to make the problem go away."

Kamp is concerned that the incompetency in the health department may affect the health and well-being of the dogs that are held in county shelters. To get around the three-minute limit for speeches by citizens at county council, Kamp asked another friend, Janet Banks, to address that point at the meeting. (Banks is part of a group that protests at local pet stores that sells animals from kennels. See "Pet Peeves," February 4, 2009.)

Smail said that the shelter animals are currently exercised twice a week. "That means that animals remain in their cages for five days a week without exercise, socialization or enrichment," Banks said. "Animals left in their cages suffer great stress, often developing behavior issues. This greatly lessens their change for adoption. Caging animals for long periods of time is indicative of a puppy mill environment."

The county is currently renovating a shelter in Olivette that will replace the two existing shelters in Florissant and Ladue. But Kamp is concerned that the new shelter will not improve conditions for the animals.

"A new shelter with mismanagement on the inside isn't any better than the facility now," she says. "It's a new facility with inept employees."

Another area of concern for Kamp is the department time clocks, which make it easy for employees to "steal" time.

"Animal control has shifts that are not nine to five," she says. "The supervisor can't see everyone clock in and out. Since 2003 I've been requesting new time clocks. Two years ago they installed clocks without date stamps. They're very easy to get around. The department ordered thumbprint clocks in November, 2009. They were still sitting in a warehouse in Clayton when I left in June."

Kamp says she reported all these concerns in her exit interview in June and went to the county council in October to see if any progress was being made. The timing of her speech was not politically motivated, she adds. (County Executive Charlie Dooley was then facing a tough challenge for his reelection; Dooley ultimately prevailed.) "It just happened to correlate with the election," she says.

To demonstrate her seriousness, Kamp returned to county council last Tuesday, November 16, to see if any progress had been made. Councilwoman Colleen Wasinger said the county has launched an investigation into Kamp's claims.

"To the best of my knowledge, everything has been done according to proper procedure," Dr. Dolores Gunn, director of the St. Louis County Department of Health, tells Daily RFT. "But any time a citizen raises concerns about the Department of Health, we take them seriously. We look at the program. We have a third party look at the program. We're in the process of that now."

Kamp tells Daily RFT that she's going to wait and see if the investigation leads to any changes. "Enough time has gone by," she says. "It would have been nice to have stayed there and worked in the new facility, but not the way it's being done. I really feel I could have done something."