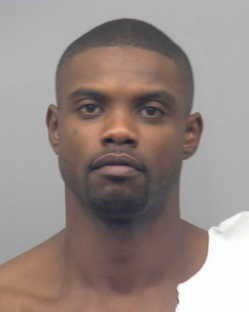 Update 9:09 a.m. Wednesday: Jones was found hiding in the attic of a metro East St. Louis home around 5 a.m. this morning. Corey Cross, the convict who escaped from jail Monday with Jones remains on the loose.

Harry Houdini didn't have anything on this escape artist. For the second time in six months, John Wesley Jones has eluded authorities in connection to that record St. Louis bank heist this summer.

Jones, 36, is suspected of being one of the several thieves who pulled off the daring $11 million robbery of ATM Solutions on August 2. A day later, Jones was arrested with hundreds of thousands of dollars in the trunk of his car after police saw him driving near the burglars' safe house.

Now, Jones is on the loose again. As KMOX reports, Jones and another man escaped from a jail in Lincoln County around 3:30 a.m. this morning.

Jones has attempted a prison break once before when serving time for weapons and drug charges. Authorities say he should be considered armed and dangerous.