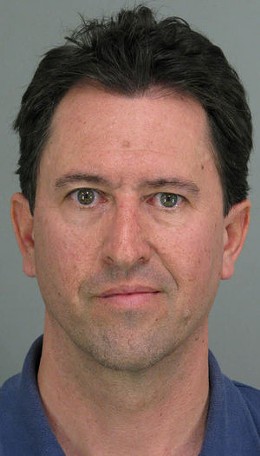 David K. Love, a pastor from Independence, Missouri was arrested Tuesday in South Carolina in connection with the fatal shooting of Randy Stone, a longtime parishioner at Love's church.

Stone, a 42-year-old insurance agent, was found dead in his office on March 31. Love left the New Hope Baptist Church less than a month later and took up residence in Spartansburg County, South Carolina.

Court records show Love was indicted on charges of first-degree murder by a grand jury in Missouri on November 5. Police in South Carolina picked him up late Tuesday night and listed him as "fugitive from justice," on the jail registry.

Before he went on the lam, Love made sure to say a few kind words at Stone's funeral service. The Kansas City Star reports that "Love spoke of their friendship, developed over the ten years the Stone family attended New Hope."


[Stone's sister Shannon] Bell said Stone had been very active at New Hope, attending Sunday and Wednesday services. He drove one of the Sunday school bus routes and traveled with his wife and two children to help others working to establish new churches.

Bell said her brother's spirituality clearly had grown during his years at the New Hope with Love.

"David was a good preacher, down to earth," she said.

Jackson County prosecutor Jim Kanatzar tells Daily RFT that Love "would not waive extradition back to Missouri," so he has applied with the governor's office for an extradition warrant and "anticipates having [Love] back in Jackson County in two weeks."

Kanatzar declined to discuss a possible motive in the killing.

Gettin' All Religious Up in Here Crime