Feel Free to Bitch About Your Boss on Facebook; Government Has Your Back 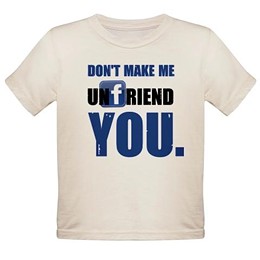 You haven't had a raise in years. You got passed over for that last promotion.

In short, your job has all the growth potential of prison's death row, and your boss -- you're pretty sure -- is the lovechild of television's Donald Trump and Michael Scott.

Well, you could always quit. But then again, these days it's not that simple. In this horseshit economy, no one else is hiring. Besides the grass ain't exactly greener elsewhere. The overworked masses everywhere despise their jobs.

So what can you do? Well, there's always Facebook -- a place where you're free to share your true feelings about your employer with all your closest Internet friends. And now you can do so with the confidence that the federal government has your back.

That's because yesterday the National Labor Relations Board sided with a woman fired from her job after making critical remarks about her boss on Facebook. The woman made the comments during off-work hours from her home computer.

As the Associated Press reports today, federal labor law protects workers against reprisal for talking to colleagues on their own time about employment conditions, including comments critical of bosses. And that right extends to employees regardless of whether they're part of a union.

"It's the same as talking at the water cooler," Lafe Solomon, of the labor board, tells the AP. "The point is that employees have protection under the law to talk to each other about conditions at work."

Okay, allow us to chart your next move: Re-friend your boss on Facebook and deliver the news.